It is only 26 miles that separates Blighty from its Gallic neighbour. That means you can bundle your family into your car and hop on a ferry at Dover or catch the Eurotunnel from Folkestone and within 90 minutes you can hop off at Calais.

Drive a little further and there is a clutch of pretty towns. Here’s our choice of five fabulous destinations just across the channel: 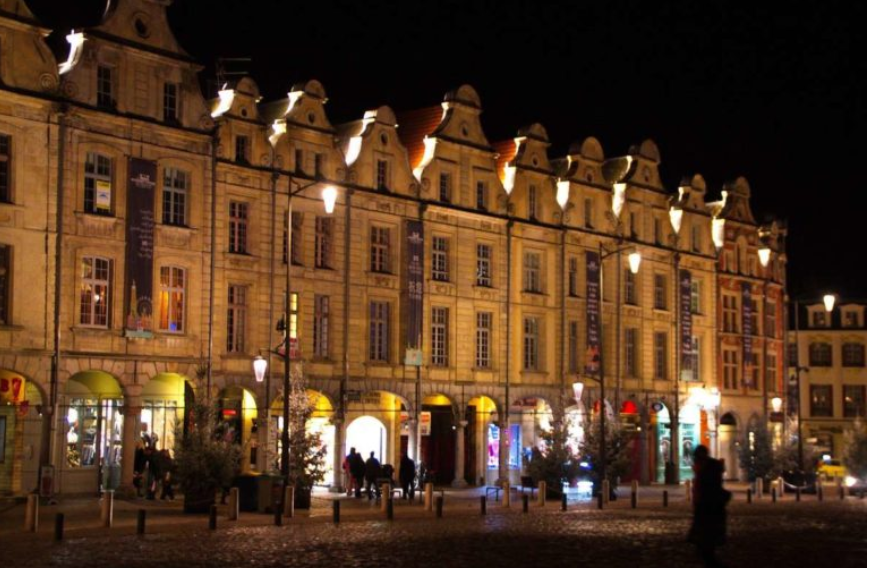 This is a medieval market town, famed for its tapestries. It was destroyed in the war but so well restored that the Grand Place and the Place des Heros look very much the historic part. Flemish gabled buildings, quaint squares, fine restaurants, a rich heritage and lively vibe combine to offer an interesting Flemish-Gallic experience. Visit the fine arts museum, Musée des Beaux-Arts (entry €7.50) to see an ornate collection of horse drawn carriages donated by the Chateau de Versailles in Paris.

The town is also known for its underground tunnels, such as Wellington Quarry where 1500 soldiers lived during the First World War. 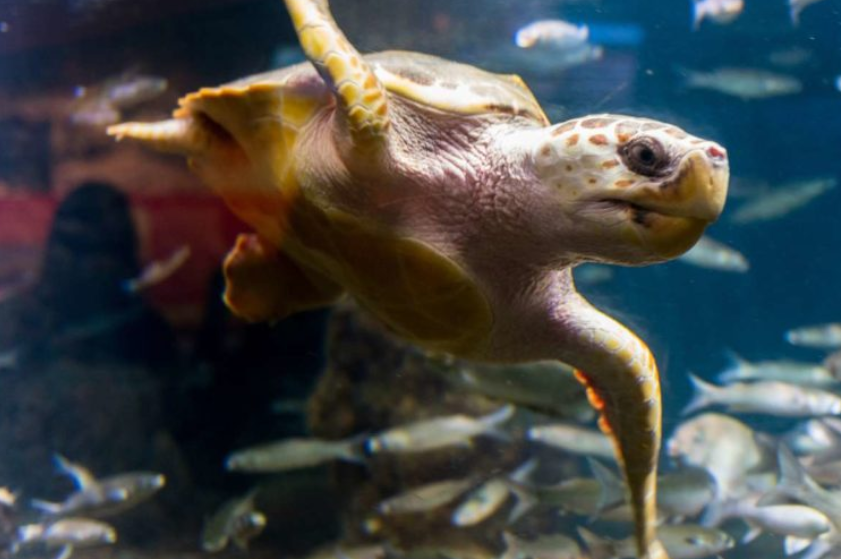 This pretty fortified town reaches up from the Haut Ville (town), and marks out the the town’s most beautiful section – an ancient, walled, Vieux Ville (old town). Looking upwards, the cathedral dome dominates the skyline. It’s a steep walk up to the ramparts but this cobbled area is ripe for romantics and is perfect for a quiet ramble along tree-lined paths. The views over both the old and new town are gorgeous.

The rising Rue de Lille is where quaint arts and crafts shops, and restaurants including one where every dish is made with cheese, are located. At the top is Vole Hole, a great bar to sip a glass of vino.

One of the highlights of Boulogne for families, especially on a rainy day, is Nausicaä, a sensational sea-life centre. You will need a few hours but the activities and sights will keep the kids engaged. 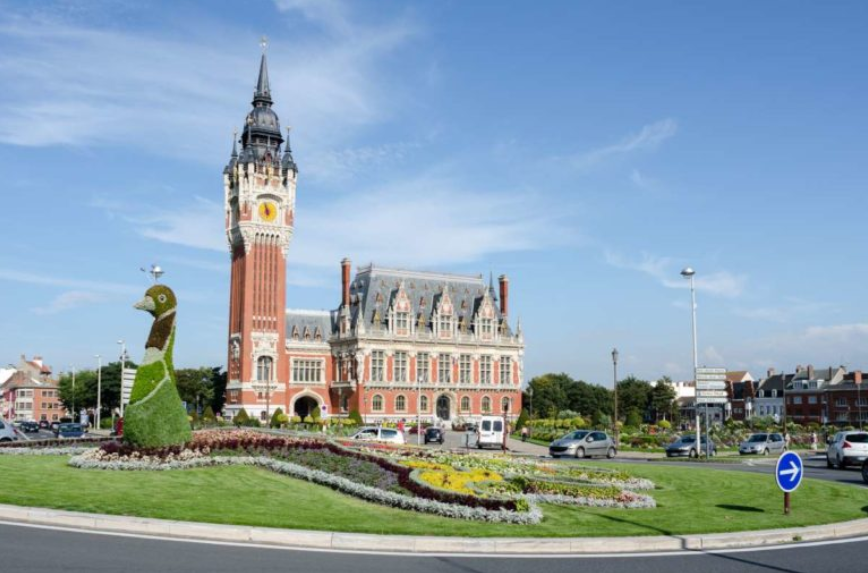 At first glance, this lattice work of roads seems uninviting. But a second glance uncovers some gems.

For instance, opposite the magnificent town hall is the Musée de la Seconde Guerre Mondiale, a former German bunker in Parc St Pierre. It has 27 rooms and thousands of artifacts.

For a few more frills, head for the Lace Museum for a dazzling range of lace dresses and decorative items.

The port has a vast sandy beach where a hamper with du vin, du pain and du fromage makes for an ideal picnic spot. For something more gastronomic there is, surprisingly, a clutch of exceptional restaurants such as Le Sole Meuniere overlooking the yacht basin. Another, Aquar’aile sits atop a block of flats so you can dine and enjoy the views over the channel and watch the ships come in through its floor-to-ceiling windows. 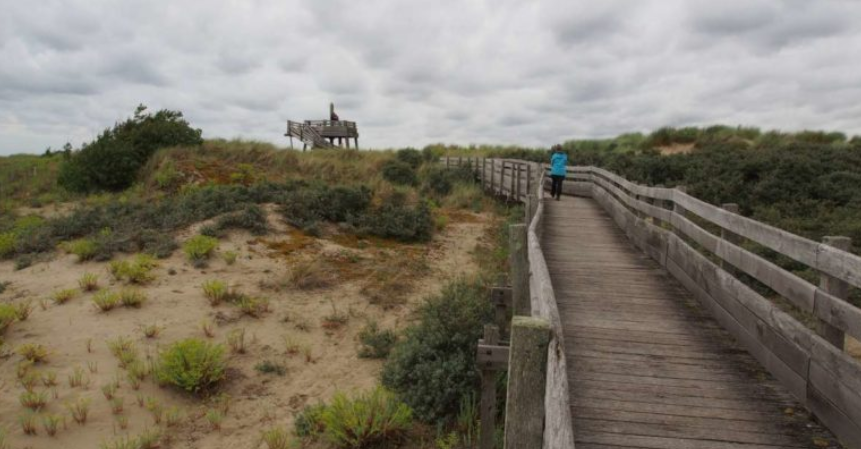 You know you are entering seafront town of Le Touquet when the tarmac takes on a red hue. Unlike other French towns, the words “quaint” and “medieval” have no place here. The resort is too young for cobbles and ramparts and there is a distinct lack of museums and Cathedrals. The main event is Le Touquet itself – a case of stylish leisure over heritage.

The beach alone can keep a young family busy for ages but its piece de resistance is Aqualud tropical aquatic park. Further along the beach is the Thalassa thalassotherapy and spa centre. Sea-and-seaweed based therapies are said to alleviate stress, arthritis and rheumatism.

Behind the town is a highly manicured forest and within its heart is an equestrian centre, where you can hire horses for midnight rambles along the beach. 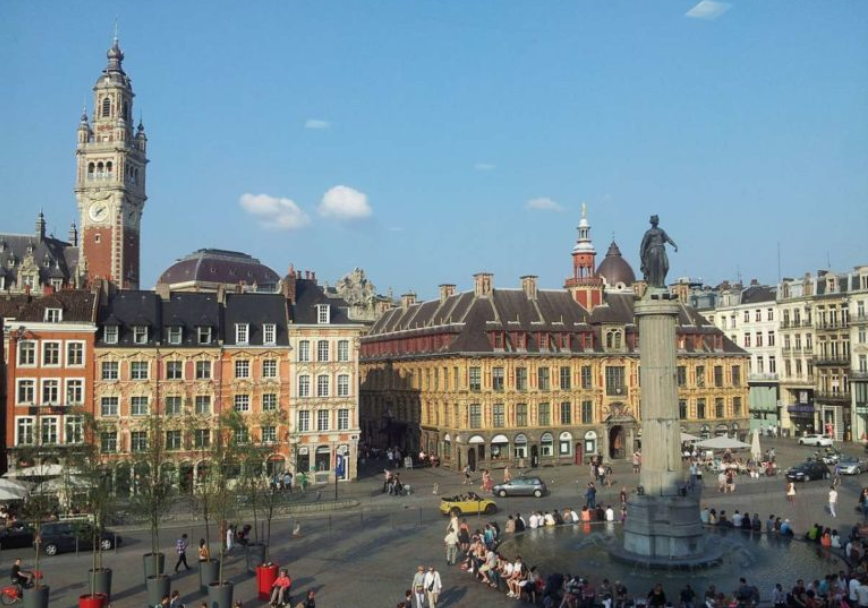 Situated by the Deûle river near the Belgium border, this delightful Flemish city is the capital of French Flanders and the birth place of Charles de Gaulle.

It is packaged in a network of 17th century winding cobbled streets. These are overlooked by pretty gabled and wood-beamed or red-bricked architecture that fan out from its main square, the Grand’Place. The locals have their own dialect quite different to French – Ch’ti – and their own beer by the same name. You can try it anywhere but especially at an estaminet – a regional style restaurant – such as Estaminet T’ Rijsel on rue de Gand.

Shopping is vibrant at the open-air book market in the Vieille Bourse (old stock exchange courtyard) as are a spectacular range of designerwear outlets and boutiques elsewhere. You will find designers such as Hermès, Louis Vuiton and Lacoste in rue de la Grande Chaussée and smaller boutiques by individual designers on Lille’s oldest street, rue de la Monnaie, named after the royal mint. Should you get there in September, you’ll see La Braderie, an annual street fair where thousands of traders come to shop or sell and party.