The Beardsley Zoo in Connecticut announced last week that two critically endangered leopards had been born at the animal park in January ― and one of the cubs is particularly rare, according to news reports.

Three Amur leopard cubs were born on Jan. 25 but only one male and one female survived, the zoo in Bridgeport said in a statement.

The Amur leopard is one of the most endangered types of big cat. About 100 existed as of last year, Scientific American reported. 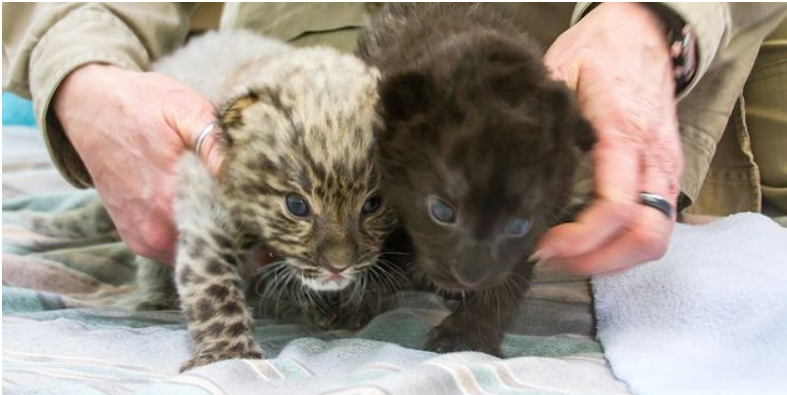 The female cub is melanistic, meaning her fur is black with black rosettes. The only other melanistic Amur leopard in the U.S. is at the San Diego Zoo, the Beardsley Zoo said in its statement.

The 6-week-old leopards are being kept in the zoo’s nursery, away from their mother and public view. The mother had been engaging in hypergrooming behaviors, the zoo told local outlet WTNH. Veterinarians had to remove the tail of the female cub as a result.

The cubs could be good news for the future of the Amur leopard, zoo director Gregg Dancho suggested in a statement.

“The Species Survival Plan’s breeding recommendation is designed to bolster the number of individuals in human care, for potential future breeding, as well as the opportunity to return certain members of the species back to the wild someday,” he said.