HuffPost reporters got to stick our noses behind the scenes during the filming of the television fuzz-fest, and we not only grabbed some very good photos but also found out some interesting tidbits about all the players competing on #TeamRuff and #TeamFluff.

For instance, all 93 puppies paw-ticipating in the event, ranging in age from 13 to 26 weeks old, are rescues from 51 shelters in the U.S., including Puerto Rico, as well as from Costa Rica. The fetching lineup includes a shar-pei, Labrador retriever, St. Bernard, a very sleepy corgi and various mixed breeds.

Three disabled pups will also be competing — or adorably tackling other pups while chasing squeaky toys. They include Bumble, a hard-of-hearing and blind Australian shepherd mix, Will, a three-legged doodle mix, and Pippi, a blind Jack Russell mix.

All the furballs you’ll see on TV were adopted last fall, when the special was taped. But they come from some pretty cool shelters, including New York’s Muddy Paws Rescue, which is teaming up with Olympic silver medalist Gus Kenworthy for a special segment that’ll air on game day; and Los Angeles’ Vanderpump Dogs, which was founded by “Real Housewives of Beverly Hills” star Lisa Vanderpump. 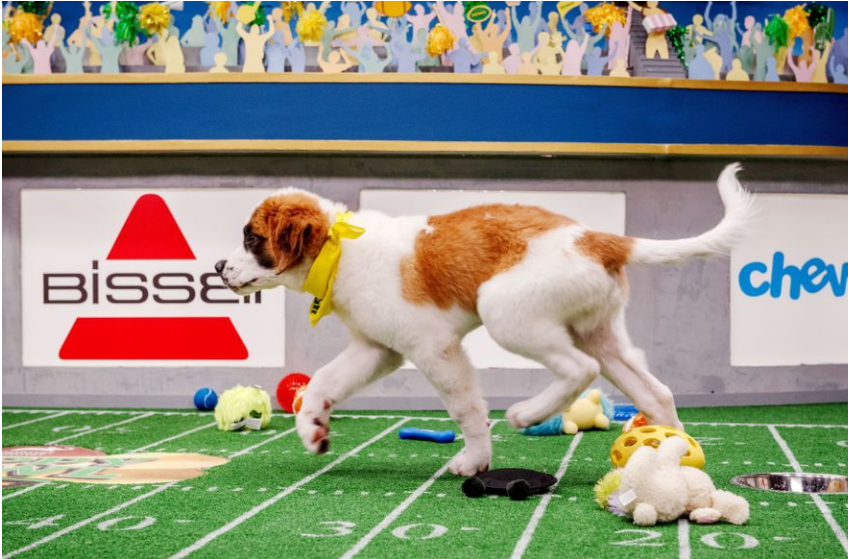 Double touchdown-scoring dog Gallagher during the filming of the Puppy Bowl in New York City on Oct. 16, 2018. 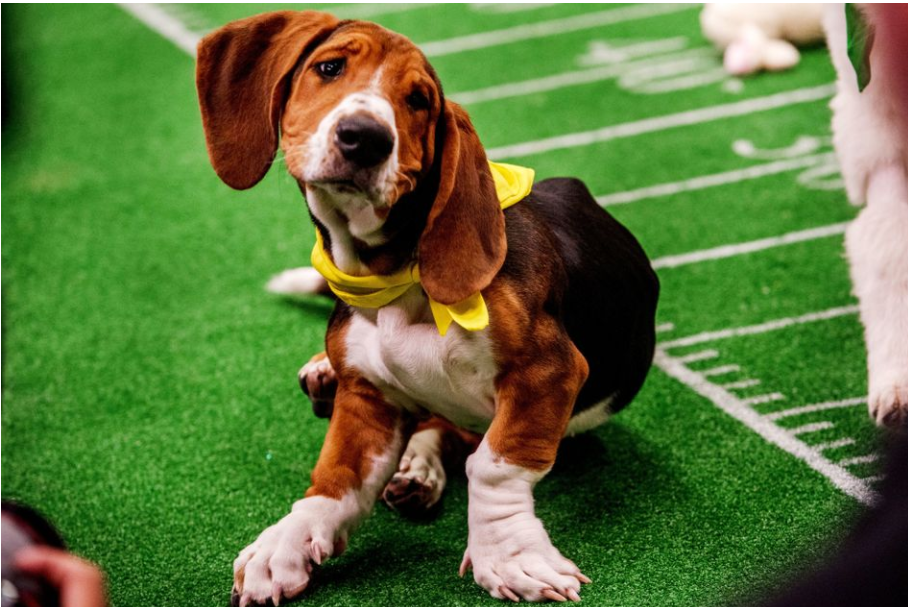 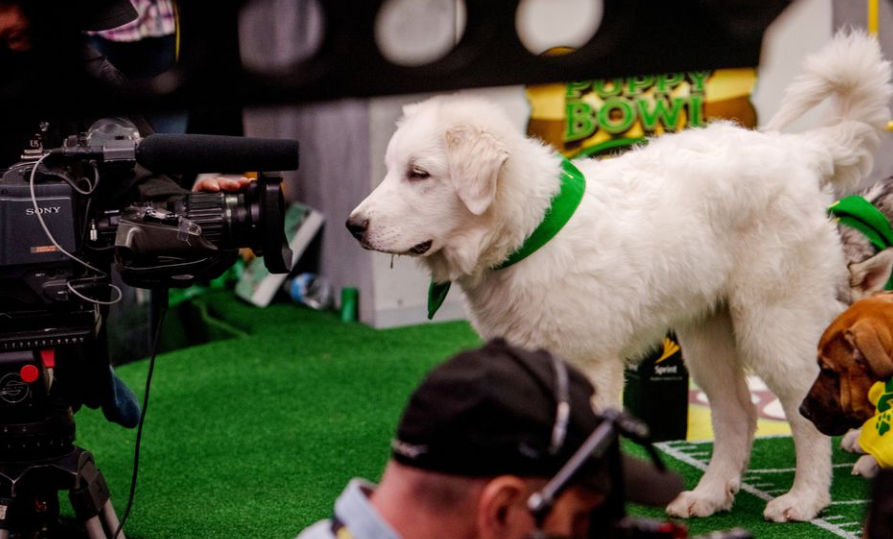 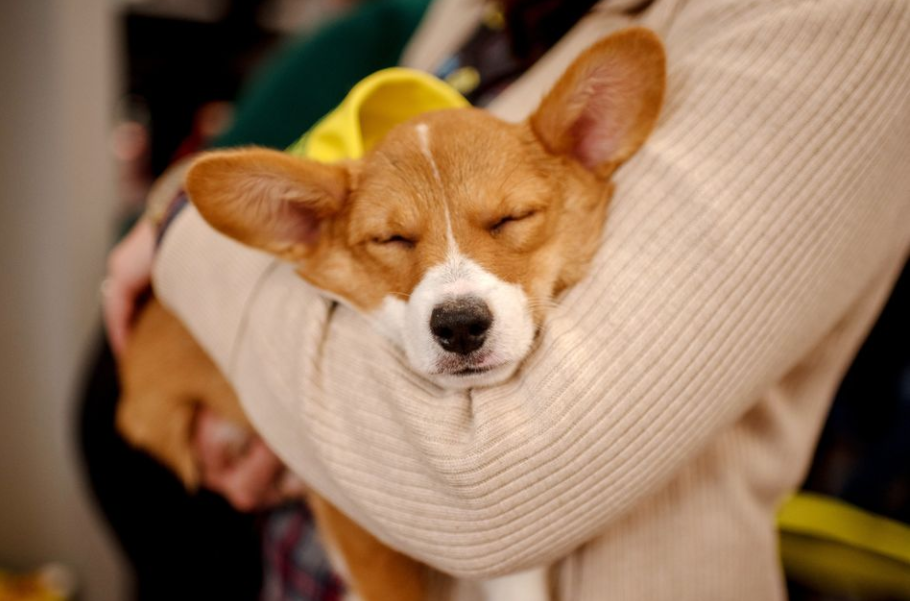 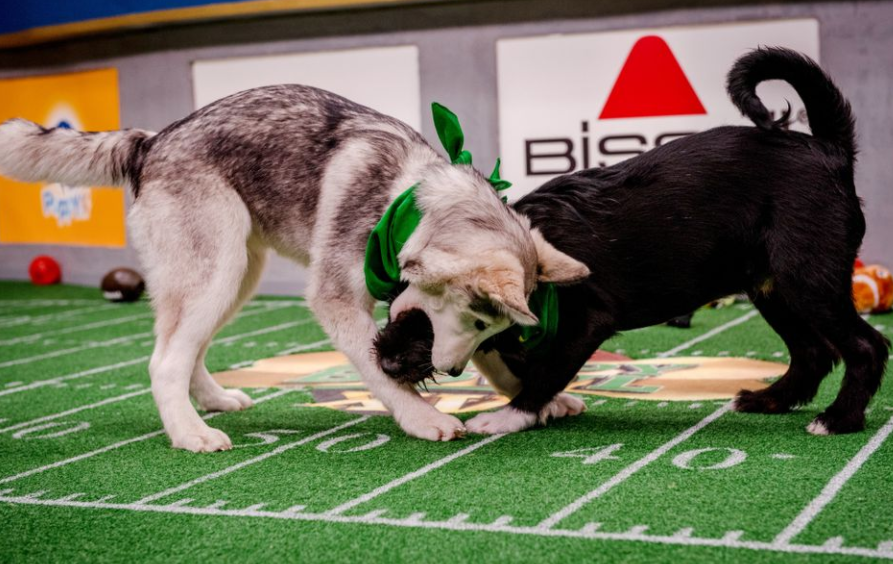