The Morrisons online guards have been thanked for keeping the dog in a screen while working, and many demand that the company be recognized for its good work.

Glasgow tattoo artist Mel Gracie saw the dog on Sunday, June 28, as a sign to protect him from the rain when the pet owner bought it at a mall in Giffnoke.

After being captured on camera for a moment, Gracie decided to click the Twitter title: "Call this @Morrisons security guard to keep this cute guy dry. He said, 'Well, you never know how dogs feel in the rain. ' "

Twitter quickly caught on, and thousands of people who advocated for protection took such an easy task to protect the dog from getting wet. 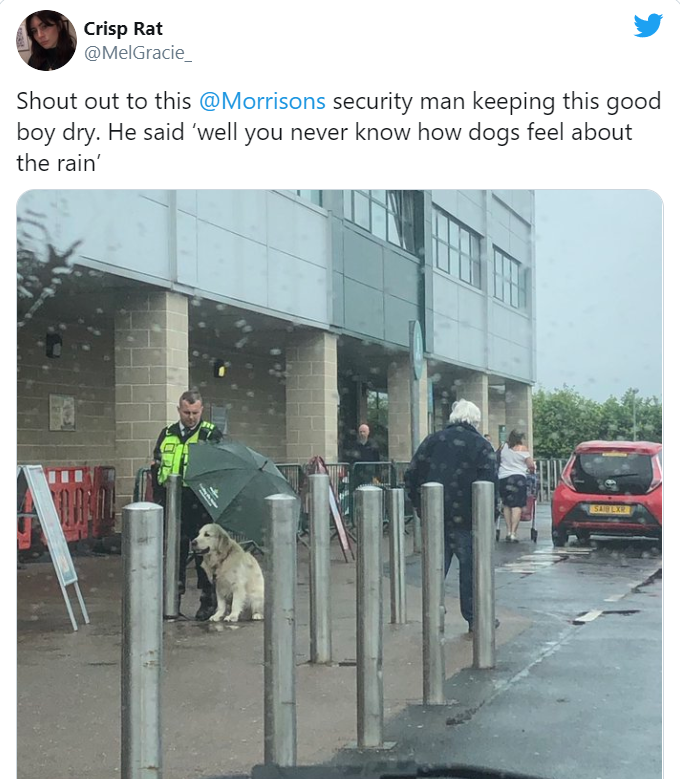 Lots of kind, dignified comments to security guards, and the person says, "How people behave when they feel like no one is watching is a sign of that person as he is."

"You can say a lot about how they treat animals," wrote another, and another Twitter user said, "Some heroes wear hi-waz jackets."

When the original Twitter came to mind, Gracie revealed that she recognized a guard — a man named Ethan Dearman.

Dearman handed Gracie the picture, writing, "Looks like I've made a lot of people happy today." 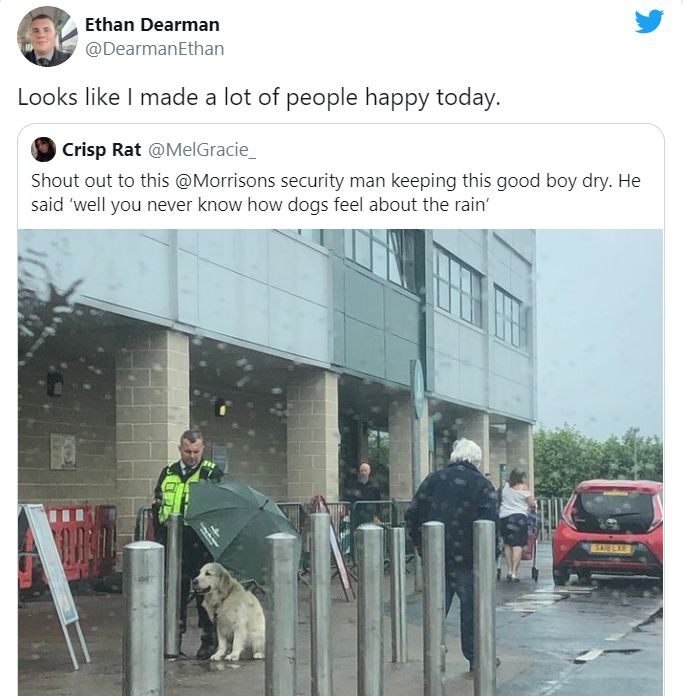 “He always communicates with customers in a great way – especially now that some people can be very isolated,” he said.

Some Twitter users have expressed the hope that the mall will show Dearman more recognition.

"Give this wonderful Lord a prize !!!" another stated.

“It’s going to be a wet week, so we’ve made 9,000 Morrisons umbrellas to keep our customers and their dogs dry,” they said. “It’s great to see this happen in our Giffnock business.