Mara Soriano from Vancouver, Canada was recently moving apartments when she got a phone call from a friend that completely derailed her train of action. As Mara rushed to help her friend, she left her bags unattended. One of them had a particularly priceless item inside: a teddy bear with her late mom’s voice recording on it that was snagged away in a moment.

After Mara issued an online plea to help find her stolen teddy bear, the internet-wide search began. And it was led by one of the most loved people on the planet—Ryan Reynolds, who promised “$5,000 to anyone who returns this bear to Mara. Zero questions asked” in a tweet on July 26.

Three days later, Reynolds came back with happy news that blew up over the internet with everyone being able to finally sleep well. And when it seems that you can’t possibly like RR even more, he proves us wrong by earning extra karma points yet again.

Ryan Reynolds, who led the search for Mara’s bear, reminded everyone once again why we like him so much 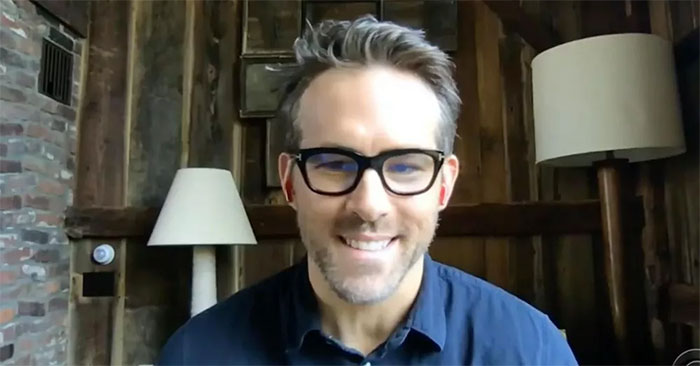 Mara posted this online plea asking for help to find the last remaining things she has from her deceased mom, which were stolen 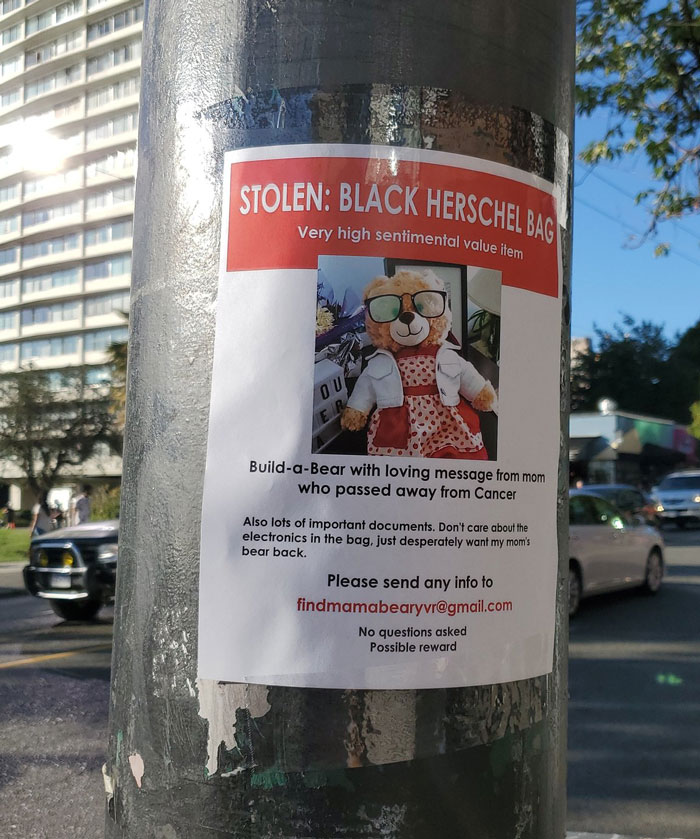 In a previous interview with Bored Panda, Mara recounted how she got her beloved teddy bear stolen. “My fiance and I were moving into a new apartment with the help of our two friends. We rented a uHaul truck to bring all of our belongings over, one of our friends decided to bike over to the new apartment and meet us there.”

But as soon as they got to the loading bay, “we got a call that my friend was hit by a van!” Mara immediately ran out of the uHaul to see her friend. “I dropped everything I had and just assumed my fiance would pick up the backpack full of important items.”

Everyone started looking for the bear, with Ryan Reynolds putting out a $5,000 reward and an unlimited supply of gin for it 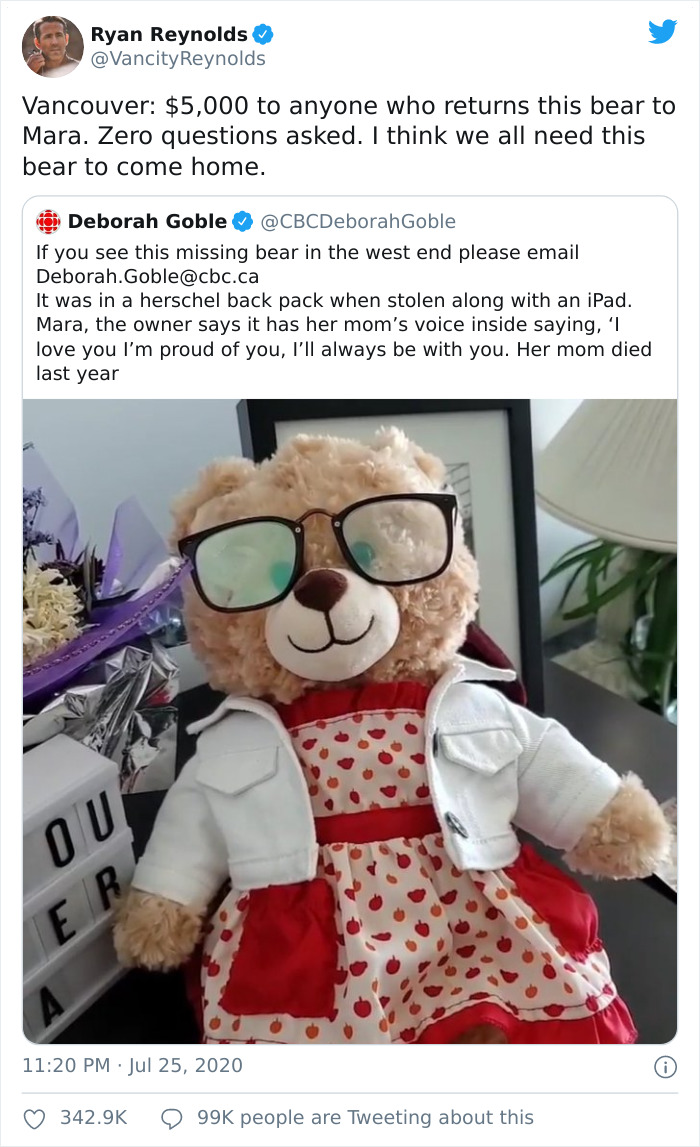 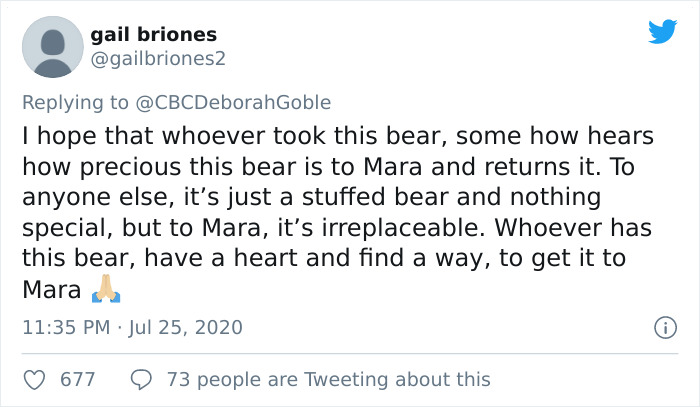 Unfortunately, Mara’s fiance and the other friend were in the back and didn’t even realize that there was the bag to get. “Thankfully, my friend was okay, but by the time we realized the bag was gone, it was already too late,” Mara said.

And that bag had Mara’s famous teddy bear—that is, a memento to her mother, who gave it to her before passing away after a 9-year-long battle with cancer. The little bear has an inbuilt voice recording of her mother saying that she loves her and will always be with her.

And, finally, Mama Bear is home! 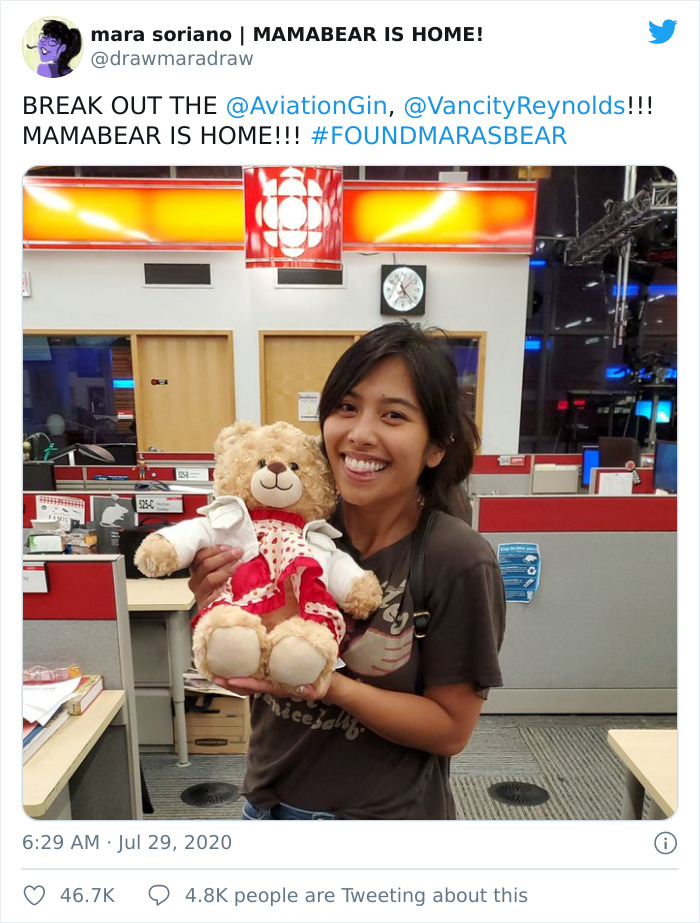 Reynolds, who is known for his humanitarian side, including his frequent work with SickKids, numerous donations to Black Lives Matter causes, and COVID-19 relief, stepped in to help with Mara’s bear search. He offered a solid reward of 5,000 dollars to whoever had it or found it, and was over the moon to break the happy news on Wednesday morning.

Reynolds tweeted a thankful post adding that his hometown “Vancouver is awesome.” His tweet received 10.2K retweets and comments and 140.5K likes, showing just how many people were happy with Mara’s reunion.

And everyone was so grateful for the wonderful news 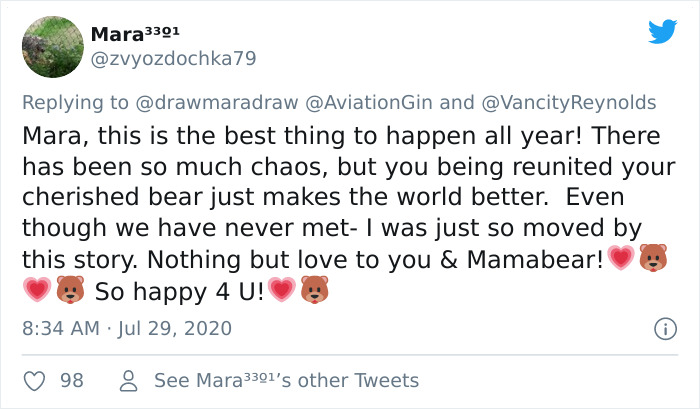 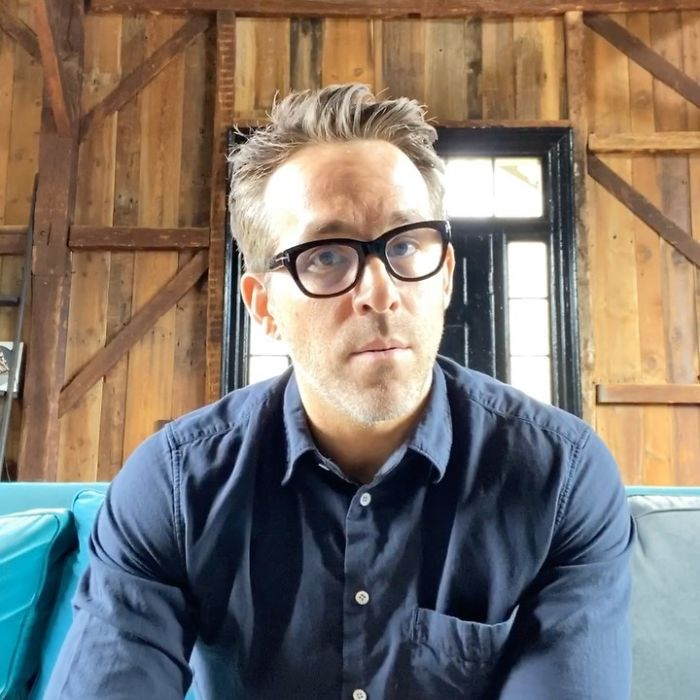