When Trinity Jagdeo’s best friend was diagnosed with Spinal Muscular Atrophy Type 2, a rare and serious degenerative disease, Trinity wished her friend had a hero she could relate to, someone to inspire her.

She couldn’t find one. So she created one.

“Seeing what my best friend was going through, I wanted to do more for others like her.” In 2014, her friend Alexus Dick was hospitalized for six months. “We’d watched all of the movies that she had lining her room, and I took note of how drained she was. She had nobody to look up to while she was going through that battle.” 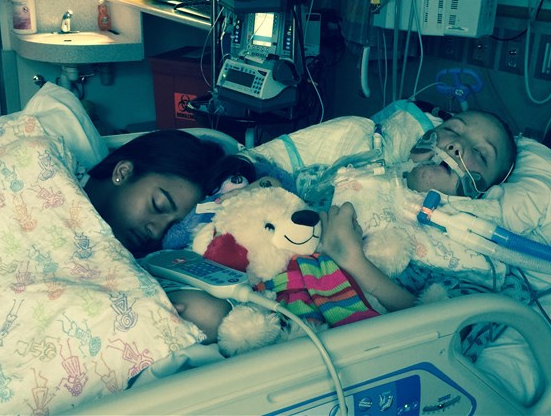 Trinity’s first instinct was to reach out to Disney, asking for more characters with disabilities or special needs. “I wrote them letters, made Youtube videos. I didn’t receive a response, so I decided to create my own non-profit, and I began writing and illustrating my own books that featured local special-needs kids.”

Alexus was thrilled when she saw Trinity’s comic books starring heroes with disabilities, and says it was one of the best gifts a child could receive. “I was excited when I realized what she was doing. She was right, there were no characters with disabilities.”

To get started, Trinity tapped into her mother’s entrepreneurial skills. “I asked my mom what steps to take, and she told me to start by registering my business. Then I had to figure out how I can illustrate and bring my characters to life.

She found an inexpensive drawing pad that connected to her computer, and she began to use Amazon’s publishing tools. “I put the entire thing together, and they’d print it out for me.” This was when Trinity was 17.

Trinity has written and illustrated three books so far. “I love all of the kids I write about, and they all inspire me. I actually illustrated Alexus’s brother, who also has spinal muscular atrophy.” His book is titled “Zappy Zane.” Her other two titles are “Alice the Ace” and “The We Can Squad Saves the Day.”

Trinity’s nonprofit hosts fashion shows and other fundraisers, and the proceeds help the families of children with disabilities. Since COVID, her fundraisers have moved online. Trinity also speaks at high schools and colleges, encouraging people to follow their passions. 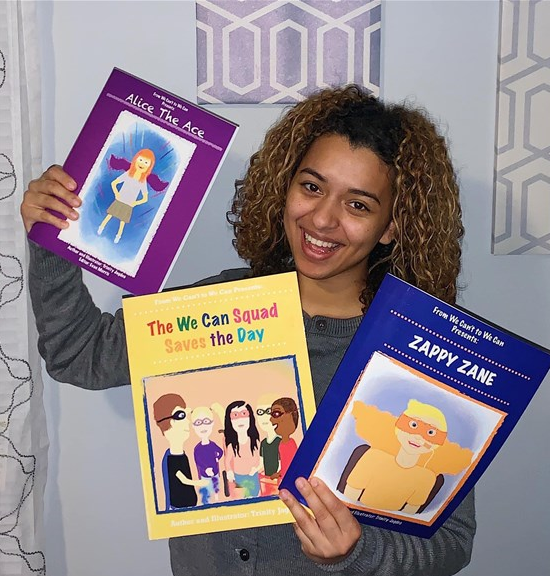 Both Trinity and Alexus are now 19, and still friends. If they could have superpowers, Alexus says that she’d like to be able to fly. Trinity would like to teleport, especially right now when travel is limited.