The mysterious seed packs from China that hundreds of Americans received in the mail have been identified, according to the US Department of Agriculture.

Federal officials warned those who received the seeds not to plant them over fears that some may be invasive species and could destroy native plants and insects.

Osama El-Lissy, a member of the USDA's Animal and Plant Health Inspection Service, said officials had identified more than a dozen plant species included in the seed packets.

"We have identified 14 different species of seeds, including mustard, cabbage, morning glory and some herbs, like mint, sage, rosemary, lavender, and then other seeds like hibiscus and roses," he said.

Authorities believe the seed packets may be part of an online money-making scam that likely originated in China. 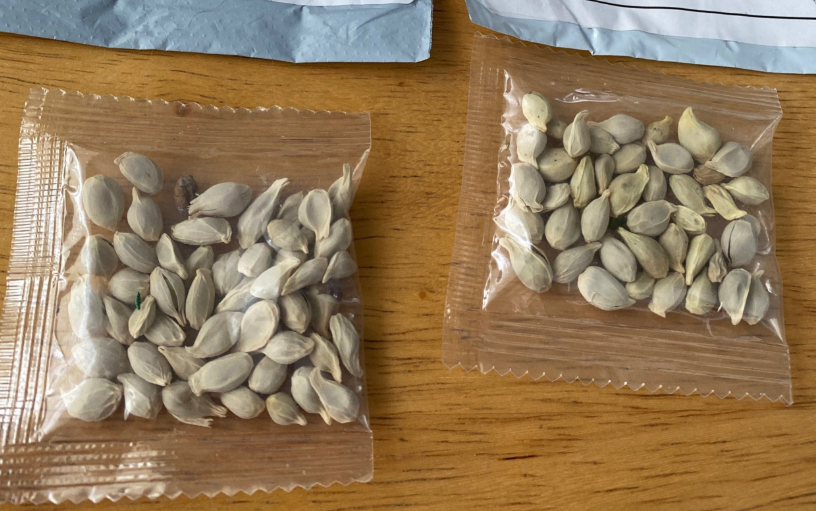 "At this time, we don't have any evidence indicating this is something other than a 'brushing scam' where people receive unsolicited items from a seller who then posts false customer reviews to boost sales," a USDA Animal and Plant Health Inspection Service said. 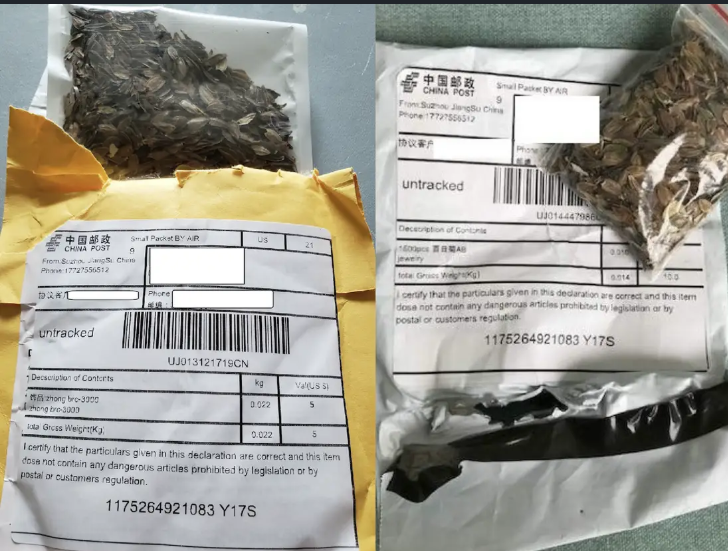 USDA is currently collecting seed packaged from recipients and will test their contents to determine if they contain anything that could be of concern to US agriculture or the environment," the statement said.

Many of the packages had shipping information printed in Chinese characters on the bags, some of which were misprinted and described objects like bracelets or rings.

Most of the packets appear — according to the address labels — to have come from the Chinese cities of Suzhou.

A spokesperson for the Chinese foreign ministry said last week that the Chinese mail service was working with the US Postal Service to have some of the packages shipped back to China for analysis.

The spokesperson claimed that the address labels on the package were forged.

Despite many of the seeds being identified, the USDA is still asking anyone who receives the seeds not to plant them. They recommend storing the seeds away from dogs and children and reporting them to the agency.